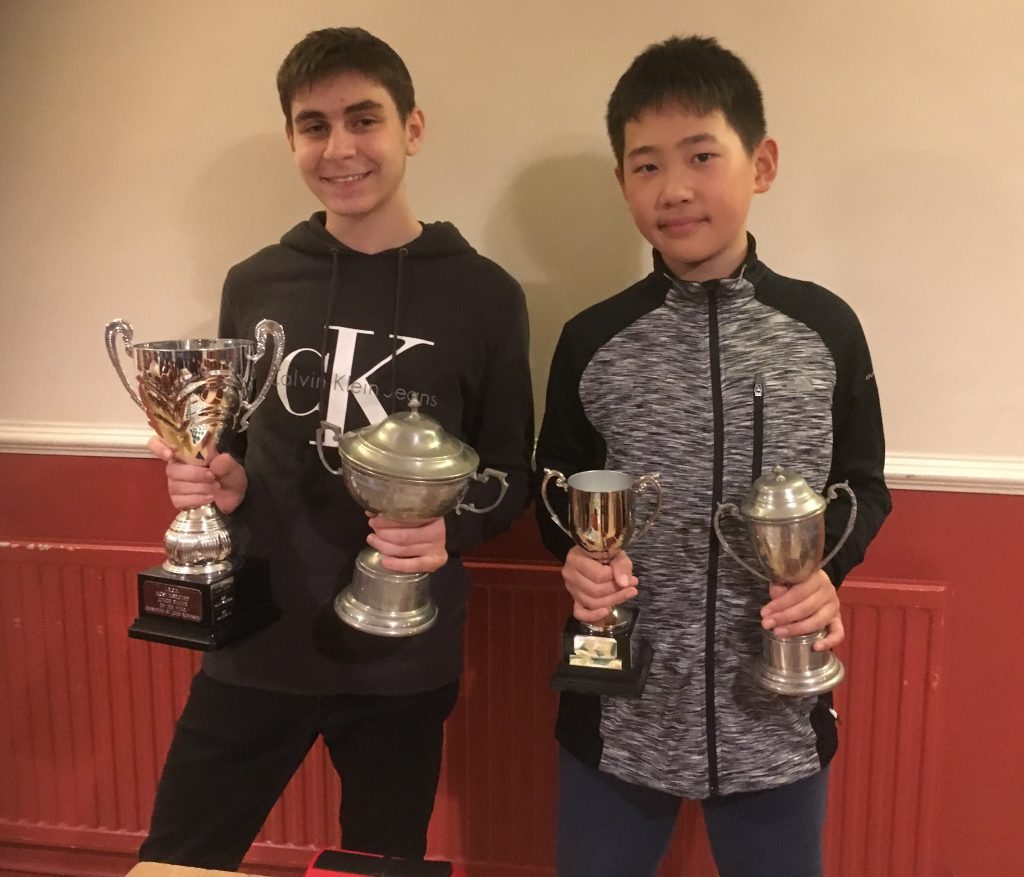 Sasha Kerbel and Jason Lv won the Most Improved Junior and Junior Team Player of the Year titles respectively at the recent Leicestershire & Rutland Chess Associations awards. Not only did they win these awards but Sasha also received the trophy for winning the County Major (U140) Championship and Jason the trophy for the County Minor (U120) Championship which they won in the 5 round competitions that take place over the summer.